Did a bit of birding by bike today, heading down to Holywell Dene, then onwards to Seaton Delaval Hall for an expensive bowl of national trust soup.

A couple of roe deer ran across the track in the dene, nearly resulting in a fatality - the bike rider not the deer!

A kingfisher flashed blue on it's way down the dene, and two dippers were in full song.

Overhead two jays were seen, an unusual record this near the coast.

In the fields towards the obelisk a single wheatear was spotted on a fence post.

But the highlight of the day had to be the Hummingbird Hawk-Moth that returned to the garden again. 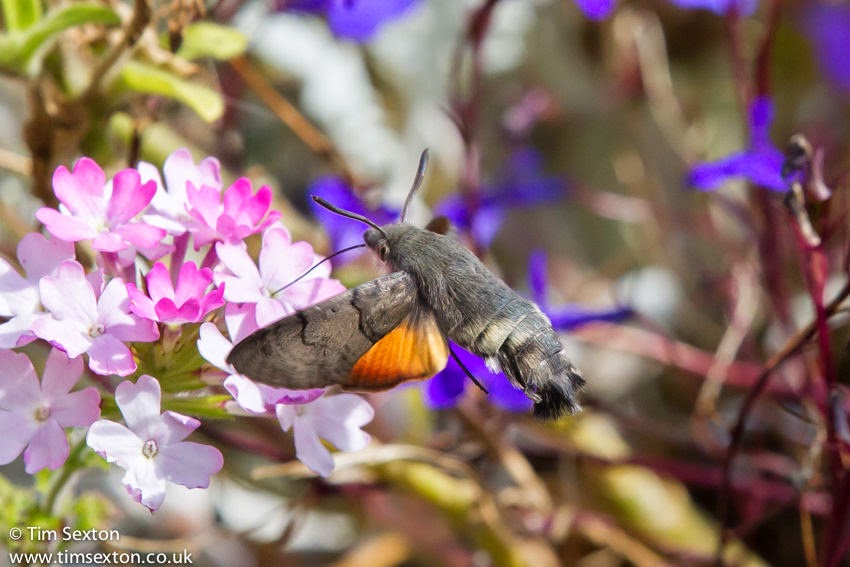 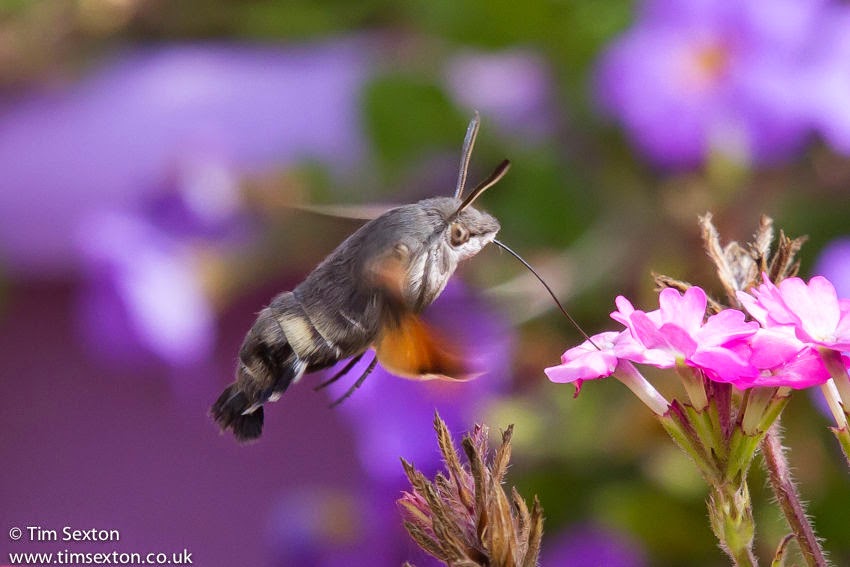 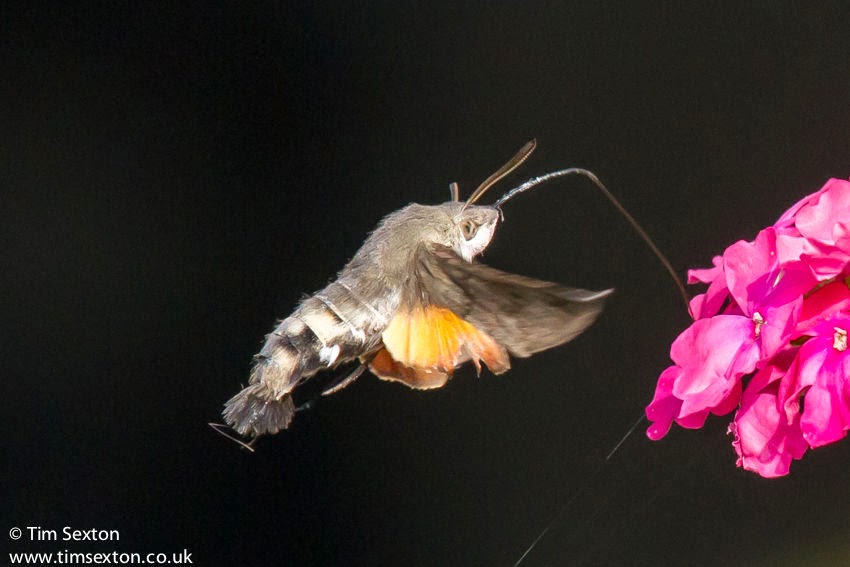