The patch covers Whitley Bay in North Tyneside in the UK. It has a good mix of habitats; coastal, urban, agricultural and woodland sites. 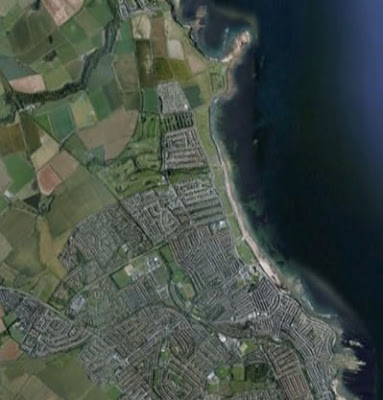 Whitley Bay & Beach
On the North Sea coast the beach at Whitley bay is a sandy bay stretching from St. Mary's Island in the north to Cullercoats in the south. The town, which has a population of of circa. 36.000 was a major holiday destination for the people of North East England and Scotland until cheap package deals to the continent killed tourism in the 80s.

The Waggonway
The waggonway is a disused railway; the old Hartley to Tynemouth branch known as the Avenue Branch railway line that is now used as a cycleway and footpath. 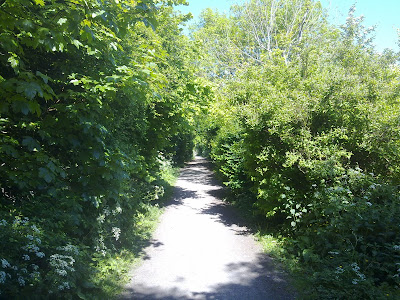 It heads North from Monkseaton passing by Brierdene Farm and then on through Holywell Dene. Originally it was built to bring coal down to the Tyne to be loaded onto ships. It is a superb wildlife corridor and a great route to take by foot to explore 'the patch'. 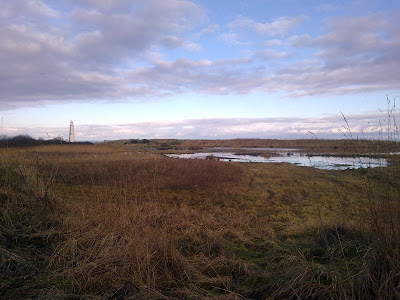 Connected to the mainland by a causeway that can be crossed at low tide, the island is home to St Mary's Lighthouse. The lighthouse was decommissioned in 1984 and is now a visitor centre, popular with tourists and schools. The seabed around the island and cliff tops at Curry's Point were designated as a Voluntary Marine Nature Reserve (VMNR) in 1996.

The LNR comprises of cliff top grassland, wetland, tidal and sub-tidal habitats, the small semi-tidal island and a fresh-water pond. The area holds major geological, ornithological and marine interest. The rock pools are home to a wonderful array of marine life, while seabirds can be observed from the island itself. The shoreline and newly created cliff top wetland are favourite feeding and resting sites for many waders, terns and gulls.

The wetland is particularly important as a high tide roost for golden plover, oystercatcher, curlew and redshank, and as an important landfall for passing migrants in spring and autumn. The cliff top grassland at Curry's Point is locally important, as it is one of only a few remaining old, semi-natural grasslands in North Tyneside.

Whitley Bay Cemetery
The trees and bushes here provide cover for migrants and this has been a productive site for some rarities over the years. 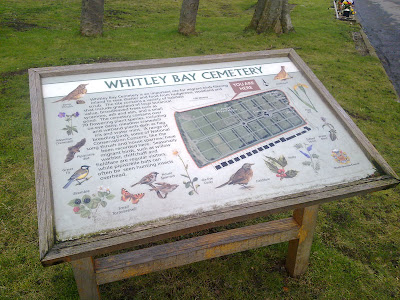 Holywell Dene
Set within a spectacular incised valley, Holywell Dene is the only area of ancient semi-natural woodland remaining within North Tyneside. Stretching over North Tyneside Council's boundary into Blyth, the Dene is jointly managed with Blyth Valley Borough Council. 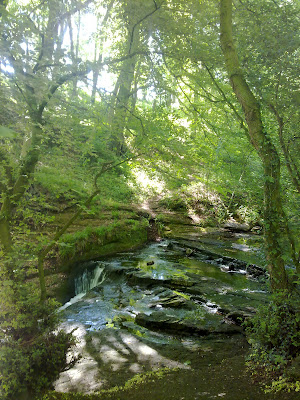 Declared as a Local Nature Reserve in 2003, the Dene has a number of interesting habitats that can be explored along its entire stretch. These include oak-ash woodland, beech woodland, ponds and wildflower meadows. In the woods pipistrelle and noctule bats have been detected, whilst the Seaton Burn watercourse running through the site supports species such as otter and kingfisher. The site holds significant ornithological interest, supporting bird species such as great spotted woodpecker and tawny owl. Other birds recorded in the Dene include song thrush, tree sparrow, yellow hammer, dunnock and blue tit.

The ground flora is typical of this type of woodland, although in the past cattle grazing severely reduced the variety of plants found. However, cattle are now excluded from some sections of the Dene and this has helped to regenerate those areas and improve the overall richness of the ground flora. Wood anemone, dog violet, primrose, bluebell, garlic mustard and buttercup are just some of the wildflowers that can be seen.

Marden Quarry
Located near the centre of Whitley Bay, Marden Quarry represents virtually the only exposure of magnesium limestone north of the River Tyne.

The site is set within a disused limestone quarry and reservoir dating back to the late 1600s. Converted to an informal nature park and opened in 1977, the site was awarded Local Nature Reserve Status in the summer of 2005.

The reserve provides a range of habitats including a large wildfowl lake, small pockets of limestone grassland, senescent elder scrub and a small area of mature woodland.

The lake is known locally for its wildfowl and wintering populations can reach impressive numbers. Breeding birds on the site include mute swan, mallard, moorhen, coot and tufted duck. Many migrating bird species use the quarry as a 'fall' site.

The elder scrub provides an important food source for birds, in particular several species of thrush. The site is recorded as having the largest blackbird population in the county, as well as supporting the declining song thrush.

Brierdene
The Brierdene is a small coastal dene, on the northern edge of Whitley Bay, the site is of ecological significance in the local area. It has managed to avoid agricultural and urban development and was probably once wooded, but tree felling and replanting have occurred in the past. 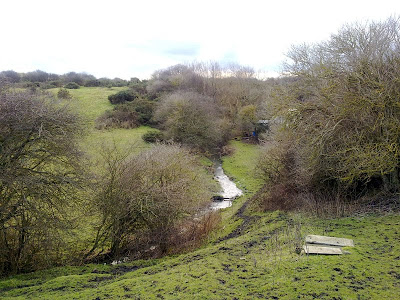 It covers an area of over 5 hectares and contains neutral semi-improved grassland and scrub habitat, which support a variety of flowering and non-flowering plants, birds, mammals and invertebrates.

The banksides of the dene contain one of the best examples of semi natural grassland in North Tyneside, with small areas of base flush meadows. The dene is also a locally important site for coastal migrants, mammals, herb rich banksides and a number of butterfly species.

It is surrounded by housing on both the northern and southern sides, and by two roads on its eastern and western sides. The natural aspect of this site has been retained, even with urban development. The lower dene is enclosed on its eastern and western sides by two embankments; the Brierdene Burn watercourse enters and leaves the lower dene via culverts in these embankments.

Its value in conservation terms is recognised in the desination of SNCI (Site of Nature Conservation Importance),and is exemplified by the rich diversity of flora and fauna present in the site. 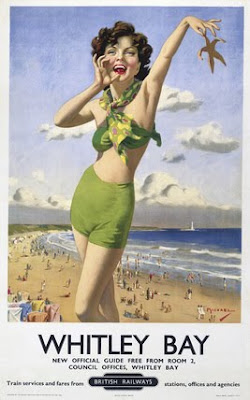